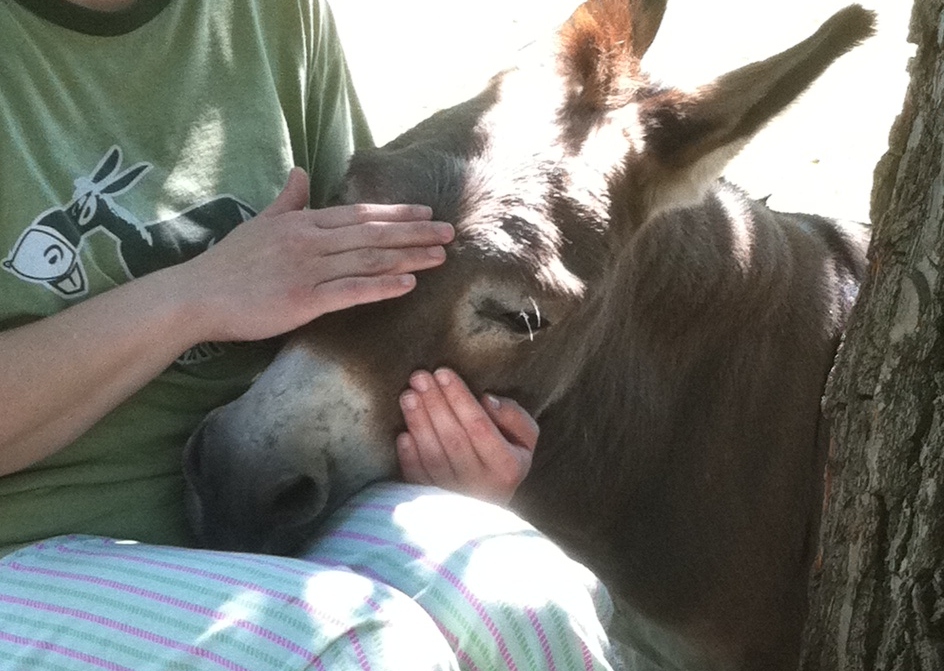 Hi ho, hi ho, off to the Hoosier Horse Park we go! Part 1

I slammed everything I needed for the day into Milton (my trusty red truck that is old enough to vote) and blearily drove myself to the barn. The undercurrent of excitement had not yet surged into my sleep addled brain.

Wait. Forgot grease for the carts. Turn around.

I drove Milton to the base of the hill where the driveway snakes its way up to the barn, and prepared to hitch up the trailer. Yes, her name is Mabel.

Erin showed up about then, and we continued up to the barn, where final preparations were made, including a quick snackey-meal for all three girls that consisted mostly of an antacid to keep their little tummies happy on the journey.

Three donkeys and a couple of hay bags loaded onto Mabel, and we were on the road. A little over 90 minutes, mostly on Indiana back roads with numbers but no names, and no lines on the asphalt.

We arrived at the Horse Park, and after a brief struggle to determine where we needed to be, fell in with the carriage group that was hosting this driving derby.

After a comedic attempt to find the organizer, my three donkeys and their respective drivers were signed up for the driving derby. I had but a few minutes to get Ellie Mae harnessed and hitched and out to the derby field!
Posted by Bif at 9:11 PM No comments:


"Is that a demonic chirping bird?"

No, that is just me trying to get my donk to GO!!

I am hoping to take all four donkeys to the HHP next weekend for a fun schooling cones derby and free drive around the park...
Posted by Bif at 7:49 PM 2 comments:

I got a text message from my barn owner yesterday, that Fatty was shivering. I offered her the use of one of my heavyweight blankets, and she gratefully accepted. With temperatures in the single digits, it's little wonder that the older donkey was feeling the cold.

When I got to the barn, poor Fatty's hair was straight on end, yet he still felt cold and there was a touch of a tremor. I quickly snuggled him into the blanket, and he has been happy ever since.

Like, Fatty, will you ever let me take the blanket back?

Fatty has a history of getting chilled. Glad this time we were able to stave off the chill before it became more serious.

In the beginning, there was Donk

Why donkeys? I get asked that from time to time.

Because they love us, expecting only in return to be treated fairly.

But mainly, because I was tired of having lame horses. Donkeys are supposed to be very hardy.

And why THREE donkeys?

Well, yes, that would be Coyote. AKA Donkey. AKA Fat Donkey. Fat Donkey belongs to my friends were I board my equines and he is the most loving little booger. He is the one in my lap on the header picture.

Alas, when I tried teaching him to line drive, it mostly consisted of me standing behind him and pushing him around with my legs. I didn't see this working out very well.

A driving jenny. That's the ticket.

I decided to look for a jennet of my own to drive and started the search. Apparently, these are slightly more rare creatures than I had thought. After looking through Craigslist and considering some, I decided to go to a breeder who had purchased a lot of the breeding stock that Fat Donkey had come from... 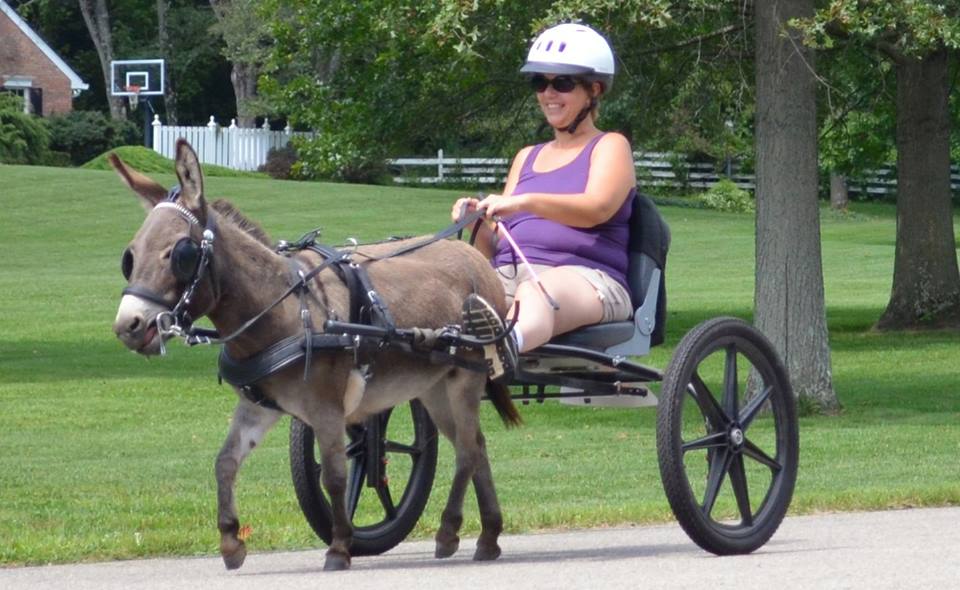 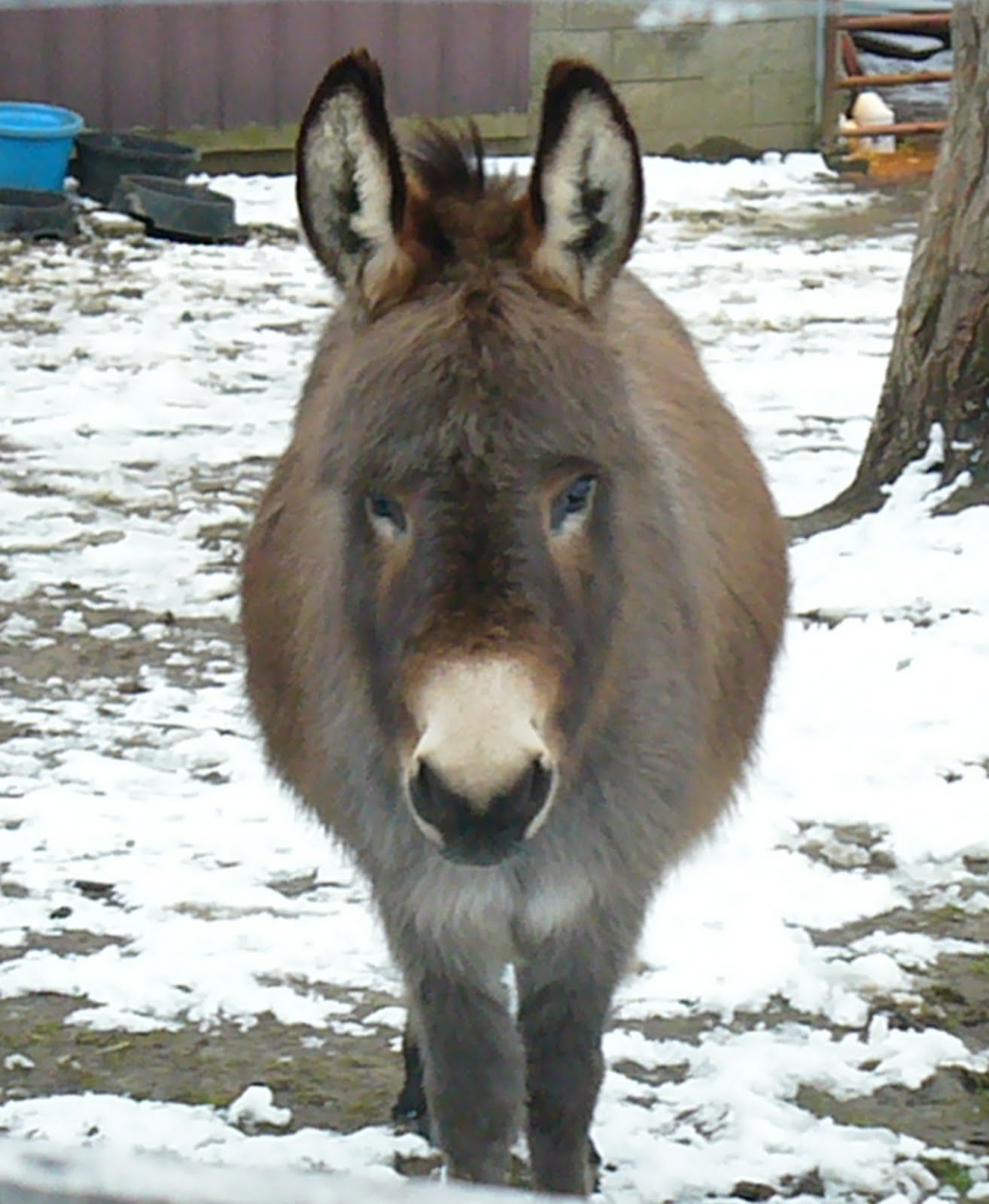 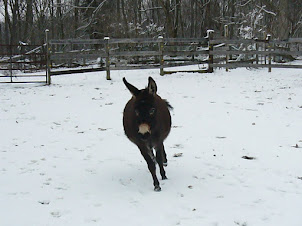 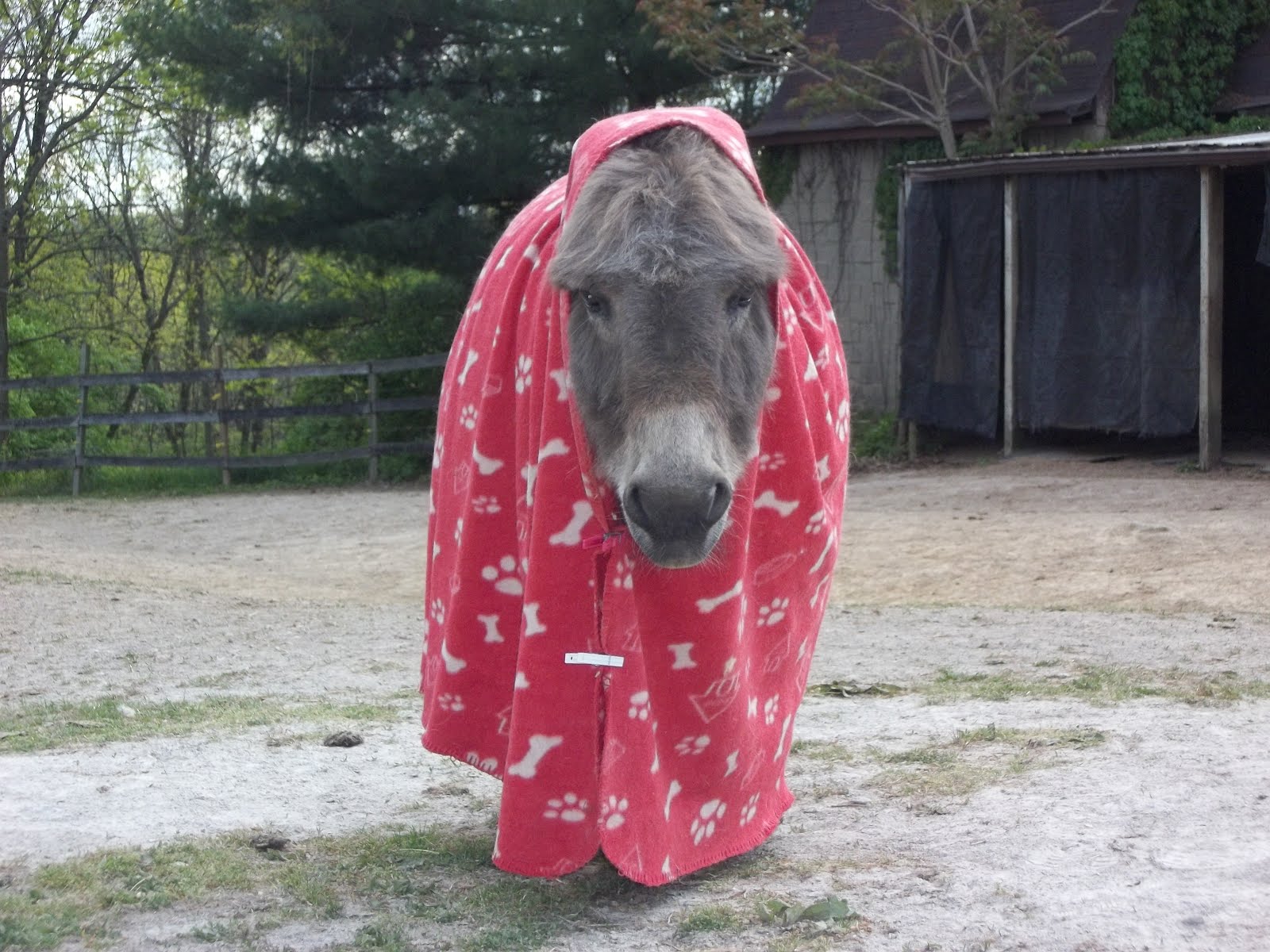